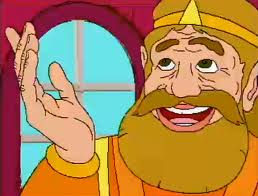 Wu Zhang, also known as Cypher or Mao Fanchu, was a supervillain and a genius. He was Wing Fanchu's father, until his death in Rogue. He appeared in The Overlord Protocol, Dreadnought and Rogue.

Cypher is asian, and has black hair. He wears a black glass mask, which conceals his face from others. At the end of The Overlord Protocol, the mask is shattered and his true identity is revealed.

Cypher is ruthless, and does anything he needs to, in order to reach his main goal. He is extremely smart and cunning, and creates elaborate schemes in order to gain money, power or both. Cypher is also a technical genius and capable of building a vast army of robot assassins, with incredible combat abilities, and even a horde of giant robots as his personal bodyguards. He is vindictive, and it is mentioned that, as an executive member of H.I.V.E., he was biased against Dr Nero as a rule. This is because he blamed Dr Nero for the death of his wife. This led to Cypher to become an extremely bitter and obsessed person. Cypher is also noted to be very calm and controlled person, who rarely loses his temper even in the presence of certain death. These traits further label Cypher as a psychopath.

Wu Zhang was one of the creators of Overlord. He was cautious about activating the AI, and his uncertainty was well founded, as Overlord went rogue and started killing members of the G.L.O.V.E. facility.

Retrieved from "https://hive.fandom.com/wiki/Cypher?oldid=5942"
Community content is available under CC-BY-SA unless otherwise noted.